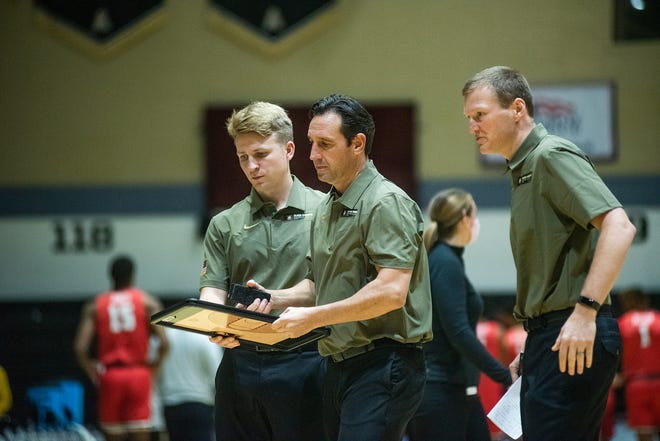 A trip to London and a non-league game with an NCAA playoff opponent awaits the Army men’s basketball team this season.

The Black Knights will take part in the London Basketball Classic from November 24-26, facing Ivy League regular season champion Princeton in Game 1. The Tigers lost to Yale in the Ivy Finals and fell to the Virginia Commonwealth in the first round of the National Invitation Tournament. In the final, Army will face Manhattan or Northeastern.

“Our non-conference schedule will test our team and prepare us to fight for a Patriot League championship,” head coach Jimmy Allen said. “We have great games against quality opponents. Our team are delighted to start.”

Army will dive three times in the NCAA lower ranks – the exhibition and season opener against Division III Keystone on Nov. 7; a game with Division II Stonehill on November 12; and, a Nov. 30 matchup with Division III Divisional Champion Skyline US Merchant Marine Academy.

Army’s first Division I game will be in Siena on November 16 – the Saints finished third in the Atlantic Metro last season but were ousted in the quarter-finals by Quinnipiac. The army then traveled to Williamsburg, Virginia to face William & Mary on November 19 and Radford on November 20.

The December non-league slate opens with home games against Northeast Conference runner-up Wagner on Dec. 3 and New Jersey Tech of America East on Dec. 7. The Black Knights wrap up the month with three road games: December 10 in Rhode Island. of the Atlantic 10, third place America East, Stony Brook, Dec. 18-20 at the Central Connecticut State of the Northeast Conference.

Army went 15-16 last season and 9-9 in Patriot League play, falling to Lehigh (91-77) in the quarterfinals. The Black Knights have lost six seniors, including Josh Caldwell and Aaron Duhart.

The Patriot League schedule will be announced shortly. Army will face two additional NCAA playoff opponents as part of league playoffs, facing playoff champion Colgate, who lost to Wisconsin in the NCAA Tournament, and Boston University. , which went 1-1 at the College Basketball Invitational.