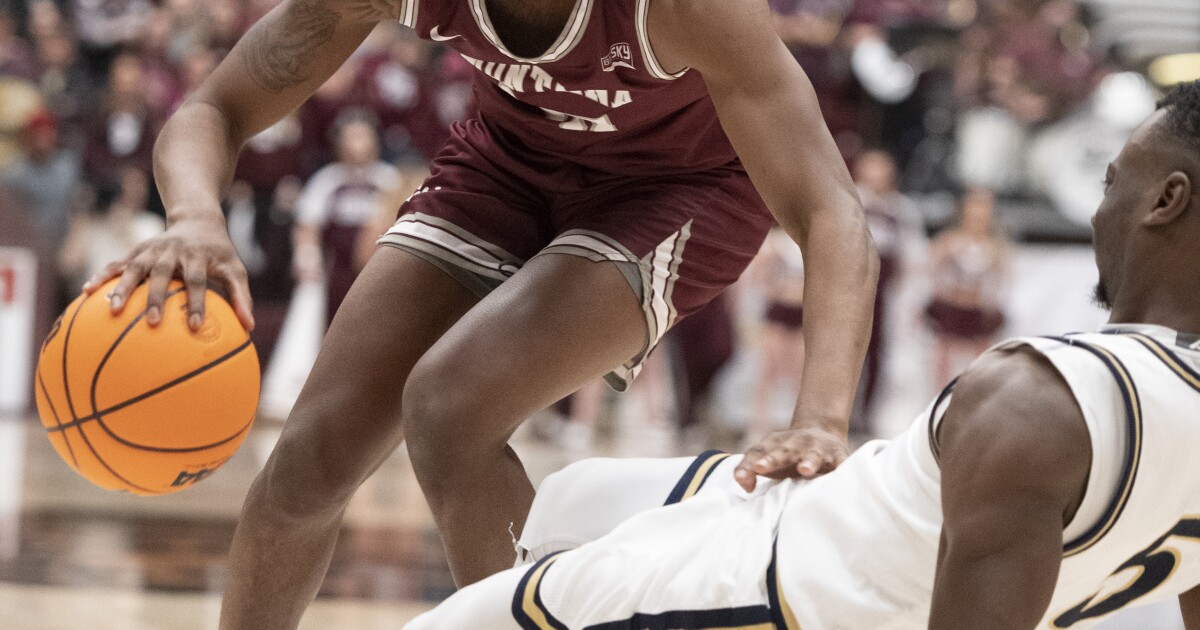 MISSOULA — The Montana men’s basketball program has had a busy off-season as the Grizzlies shape their roster for the 2022-23 season.

The program got another twist of events on Monday when junior forward Derrick Carter-Hollinger entered the NCAA transfer portal. Carter-Hollinger is the seventh member of the 2021-22 team who has since traded from the Grizzlies.

“I want to start by thanking the Missoula community for making me feel home and welcome,” Carter-Hollinger wrote in a Twitter post. “I have made many relationships and connections that will last a lifetime and I have many memories with the fans and the organization that will be remembered forever. I believe God has a plan for me and has brought me in Missoula for a reason.

“This experience has helped me grow and realize what is important. That being said, I entered my name into the transfer portal with two years of eligibility remaining. Follow the path the Lord has provided for me and trusting his guidance. the past three years have been amazing, thank you Missoula.”

Carter-Hollinger spent three years with the Grizzlies and was the Big Sky Conference freshman in 2019-20. After injuries held him back as a sophomore, Carter-Hollinger was back in shape in 2021-22 and averaged 21.1 minutes per game, and started in 17 of the final 19 games of the season. UM. He averaged 6.4 points and 2.5 rebounds per game for the Grizzlies.

In total, Montana currently has 14 players on its roster. Here is the updated Montana men’s basketball schedule slate as of Friday, May 13.