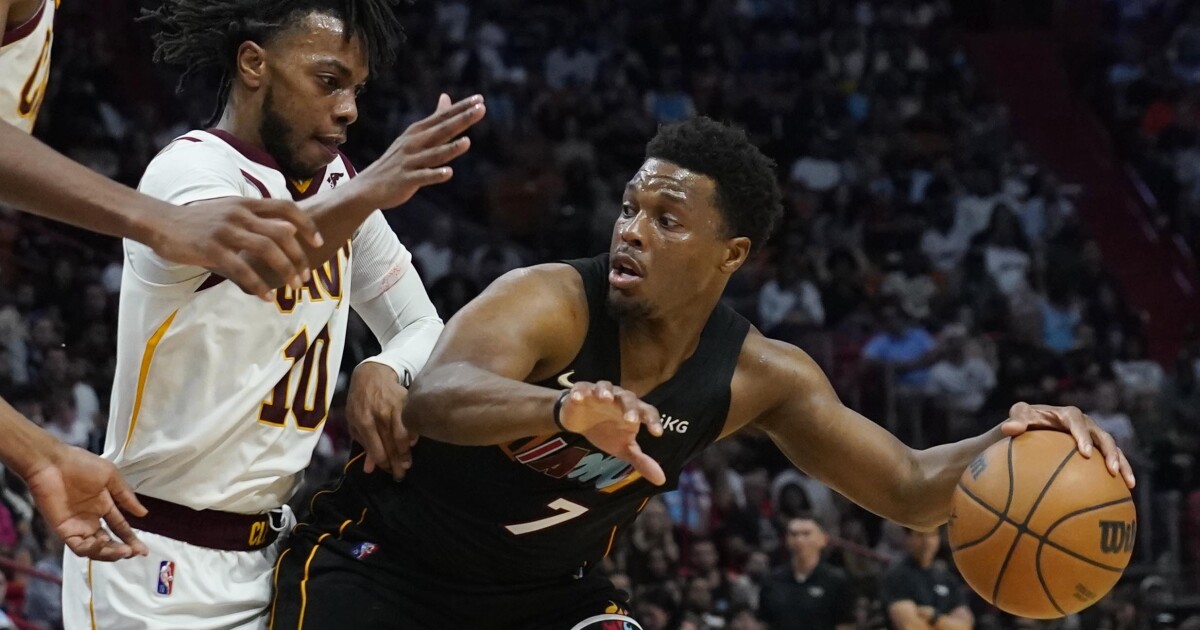 There’s just under four weeks left in the NBA regular season, which only means one thing.

The regular season is over.

It’s a reality that might make those who think they’re purists cringe, but it’s the truth. The time in the NBA calendar when most teams start looking ahead — either next month or next season — has arrived. Half a dozen teams know they’re going nowhere. A few others are still trying to secure spots in the play-in tournament. Everyone is preparing for the playoffs.

Or as Miami guard Kyle Lowry succinctly called it, “the real season.”

He’s not wrong. The 82-game marathon of a regular season is a mandatory drill, a prerequisite to quality for what matters most. And the focus is clearly shifting in many places, almost as if playoff training camps are opening up.

Part of this is dictated by health. Milwaukee finally got Brook Lopez back, after missing 67 games — he was there for ringside night in October and hadn’t played since — following back surgery. George Hill was also shut out again, after a 16-game absence with a neck problem. The defending champions are still in the thick of the race to secure the No. 1 seed in the Eastern Conference and Lopez’s defense only bolsters those odds.

Golden State has Draymond Green available again, after missing two months with a disc issue. The Warriors went from elite (27-6 with him in the lineup, not counting his 7-second tribute appearance in Klay Thompson’s return game) to relatively ordinary (19-16) without him. For Green to return at a time when Thompson is starting to look alike again is perfect timing for the Warriors, who have incredibly gone 33 months without having Green, Thompson and Stephen Curry together for a full game.

Miami could have its full roster for the first time of the season on Tuesday, now that Victor Oladipo is playing again and Markieff Morris has been cleared following neck issues that led to a four-month hiatus.

Getting guys back is only part of the formula for some teams. Figuring out how the pieces fit together best is the challenge this time of year.

“We need to figure out quickly which combinations make sense,” Warriors coach Steve Kerr said. “I think what’s becoming obvious to me this year is that we could have a different starting lineup from game to game in the playoffs, from series to series. These are not the Warriors of five years ago when you knew exactly what was coming.

Other teams are not yet so lucky on the injury front.

Cleveland lost All-Star center Jarrett Allen and is now precariously on the line separating those with guaranteed playoff berths from those who will have to make the playoffs. The Los Angeles Lakers think they’re getting Anthony Davis back, but they also know that — despite LeBron James’ brilliance that could lead a 37-year-old to the scoring title — the best result they could hope for in of the regular season ends is likely the No. 9 seed in the Western Conference and a play-in appearance.

Phoenix hasn’t missed much without Chris Paul and should have home-court advantage for the entirety of the NBA playoff wins before long.

And then there are some massive assumptions that still persist.

If New York City Mayor Eric Adams changes his city’s vaccination restrictions, the Brooklyn Nets could ground Kyrie Irving all the time instead of half the time. There’s also the non-trivial issue for the Nets surrounding Ben Simmons, and when or if he’ll be ready to leave for the first time all season – meaning the team that entered the season as a prohibitive favorites has no idea when or if, it will be whole.

“The holy grail is a championship,” Nets guard Patty Mills said. “Time is not on our side.”

And the Los Angeles Clippers have lagged in the playoff race, essentially with nothing worse than a secure berth. Imagine what could happen when or if they get Paul George or maybe even Kawhi Leonard back for the playoffs. The same goes for Denver, if the Nuggets bring Jamal Murray back to the ground after tearing his ACL a year ago.

For teams who think they are contenders – and there are more teams who identify as such than usual this season, it seems – the next four weeks are all about finding out.

Tim Reynolds is a national basketball writer for The Associated Press. Write to him at treynolds(at)ap.org