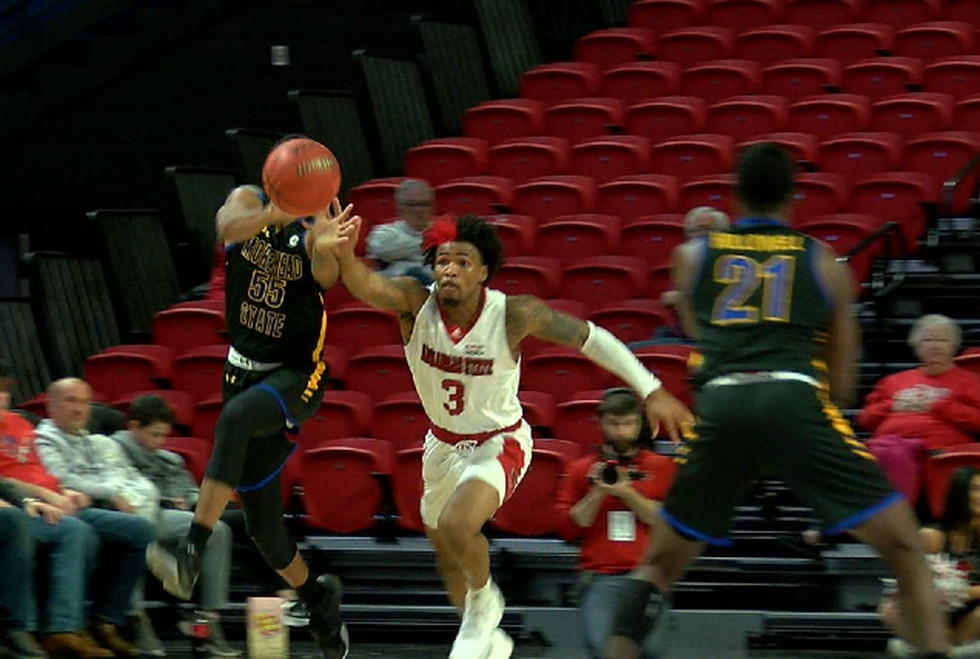 Johni Broome was a force in the post for MSU, scoring a high 20 points (10-11 FG) with 9 rebounds and 6 of the Eagles’ 10 blocked shots. He was one of four double-digit goalscorers on the night, including Skyelar Potter (16), Tray Hollowell (11) and Ta’lon Cooper (11). Cooper also added a pair of blocks with 8 boards and 8 assists.

A-State struck first on a Caleb Fields layup before the Eagles took the lead the rest of the night. MSU’s biggest first-half lead came with 1:43 remaining, when Jaylen Sebree hit a shot in the glass to make it 36-21. A bucket of Omier on a turnover, one of the Red Wolves’ 17 takeaways, concluded the halftime with A-State down 36-23.

Morehead State increased their lead early in the second half, including a 13-0 stretch mid-halfway to bring the score to 61-32 with 9:40 to go. That 29-point margin would mark State A’s biggest deficit. The Red Wolves would close up strong defensively, keeping the Eagles scoreless for the final 2 minutes, but MSU would hold up for the win to open the CollegeInsider.com Invitation to eracism.

A-State returns to action on Sunday, welcoming another tough foe to Kansas City to wrap up the multi-team event. Kick-off at the First National Bank Arena is scheduled for 3:00 p.m. CT on ESPN + and radio on the EAB Red Wolves Sports network.