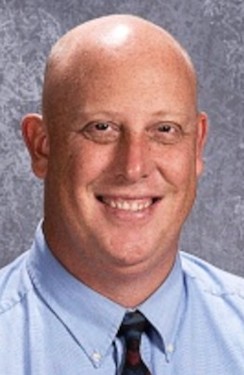 Baseball coach with a long streak of winning seasons among new inductees at N.Ky. Sports Hall of Fame

Mike Holtz, the coach who guided the Holy Cross baseball teams to seven consecutive winning seasons from 2006-2012, will be inducted into the Northern Kentucky Sports Hall of Fame at its next meeting at 1 p.m. on Wednesday, the 20th. October at the Villa Hills Civic Club.

Holy Cross has won 20 or more games in five of the seven winning seasons under Holtz. The 2009 team finished second in the All “A” Classic State Tournament and the 2012 team advanced to the semi-finals of the Small Schools State Playoffs. He also coached the Sainte-Croix team in 2003, which finished second in the 9th region post-season tournament.

Holtz stepped down as head coach of the Indians after the 2012 season with over 200 career wins. He is now director at Sainte-Croix.

Bob Saalfeld and Kevin Timon will also be inducted into the Hall of Fame at the ceremony on October 20, which is free and open to the public.

Saalfeld was a starter for two years on the Holy Cross basketball teams in the late 1960s and then played at Thomas More College. In 1981 he helped start the track and field program at St. Cecilia Elementary School and worked with the YMCA to start a soccer league in Independence.

Joe Danneman, Sporting Director of FOX 19 WXIX TV, will be the guest speaker for the Hall of Fame Induction Ceremony. He is a graduate of Covington Catholic who began his sports broadcasting career in 2009 at WFIE-TV in Evansville, Ind.