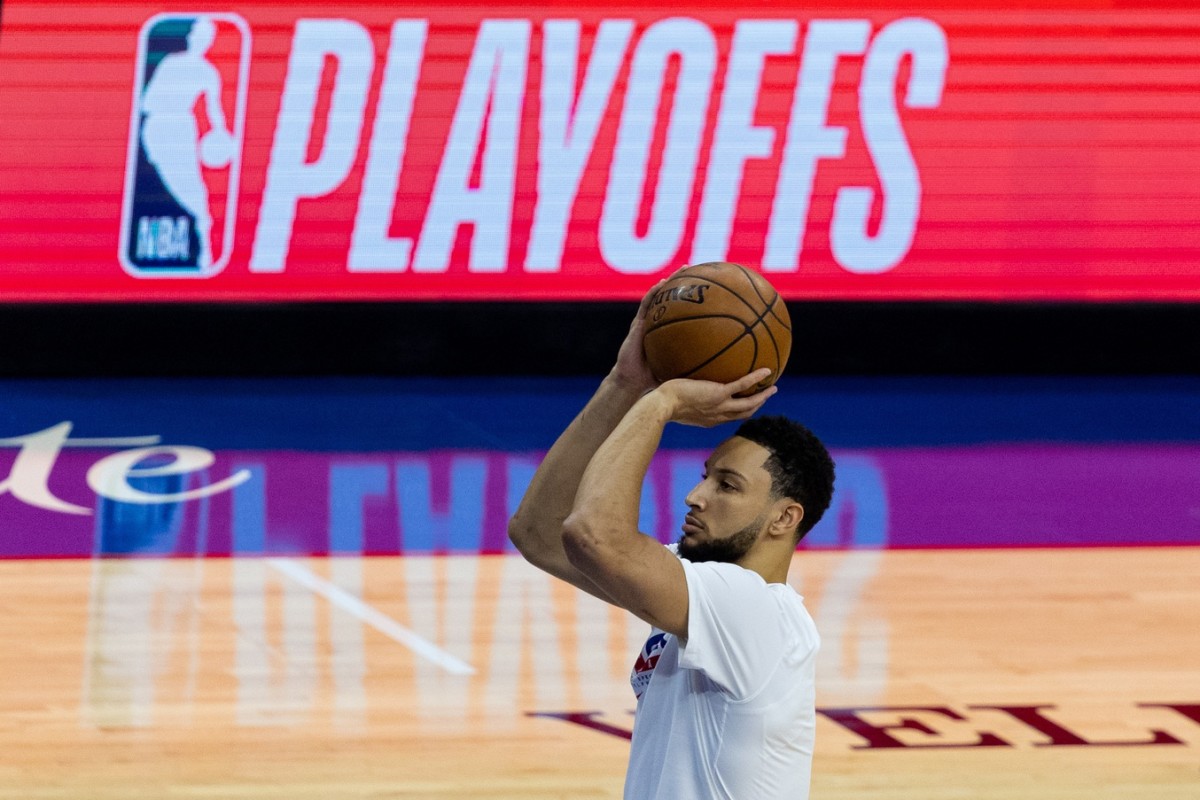 With the 2020-2021 NBA season over for the Sixers, three-time All-Star Ben Simmons has made his way and reoriented himself west for the offseason. Typically, Simmons spends his summer days around Los Angeles, training with Chris Johnson.

This offseason was no different. For a while, Simmons’ off-season training was pretty quiet. In the previous offseason, several videos of the young guard taking rare mid air shots and three-pointers have surfaced at the net in the summer, leaving fans excited about what will come when the regular season rolls around.

However, Sixers fans have been disappointed year after year as Simmons’ off-season training has yet to translate on the pitch into a game setting.

While videos of Simmons hitting jumpers in an off-season training session didn’t hit the net much this summer, a video of a live scrum involving several NBA players, including Simmons, has become viral Sunday afternoon.

Of course, the video not only features Simmons hitting a midrange jumper in a scrum, but a three as well.

As expected, Simmons’ three-point mark was one of the few reasons a video of professional basketball players hooping in an empty gym went viral over the weekend. That and Memphis Grizzlies star Ja Morant threw a ridiculous windmill dunk.

While Sixers fans can contain their excitement about filming Simmons in the video since they’ve been duped in the past, one thing to note about the compilation is that Sixers goalie Tyrese Maxey was also in the game. building playing alongside Simmons.

A few weeks ago, Maxey confirmed this when he mentioned that he had kept in touch with Simmons during the offseason. The fact that they share the same coach and the same agent probably has a lot to do with it, but whatever, the Sixers teammates are going head-to-head this summer.

Whether they share the field in September at training camp and in October during the regular season might be another story.

Justin Grasso covers the Philadelphia 76ers for Sports Illustrated. You can follow him for live updates on Twitter: @JGrasso_.

Living from one generation to the next