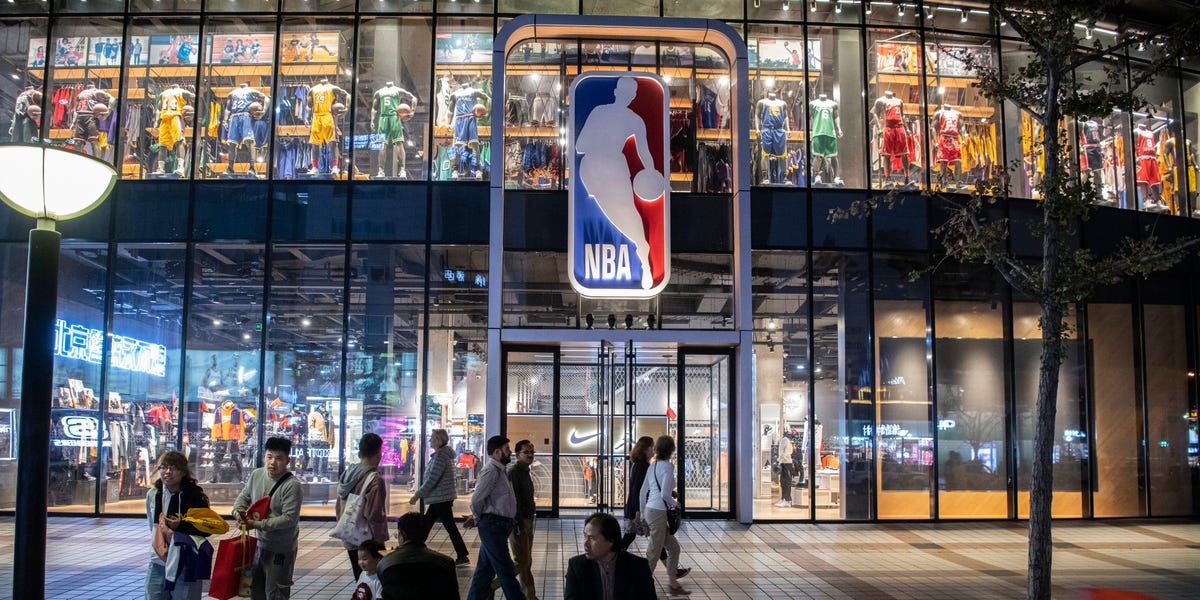 Viewers in China watched the Los Angeles Clippers take on the Utah Jazz on Wednesday – the first NBA to air on CCTV since October 2020.

CCTV had blacklisted the NBA since then-Houston Rockets manager Daryl Morey tweeted in 2019 in support of pro-democracy protests in Hong Kong. The tweet sparked an immediate backlash, with sponsors and partners cutting ties with the NBA in the league’s biggest foreign market, according to AFP.

Since then, matches in China were only viewable through the internet streaming platform Tencent.

The national broadcaster didn’t give a reason for airing the game on Wednesday and didn’t immediately respond to Insider’s request for comment.

While some fans celebrated the league’s return to state television, other social media users criticized the broadcaster for having “no backbone”.

On Twitter-like platform Weibo, users said the broadcaster was “shameless” and “money-hungry”.

NBA business operations in China are worth more than $5 billion, per CNBC. As described by the New York Times, basketball is the most popular sport in the country, with a market representing hundreds of millions of fans.

Wesley Matthews does the dirty work for the Milwaukee Bucks