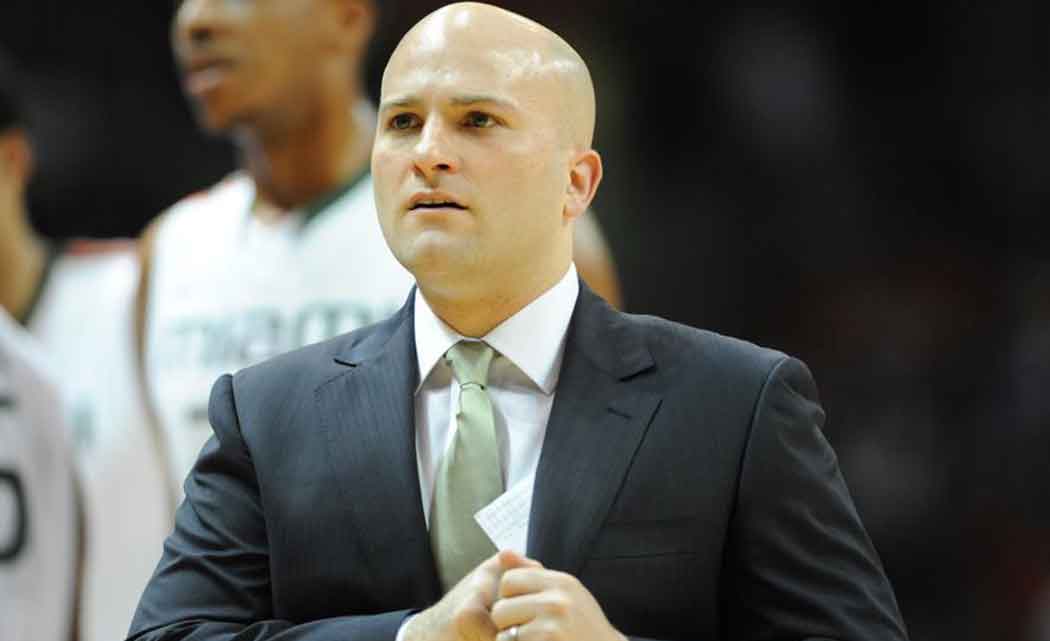 Caputo spent the last 11 seasons in Miami on the staff of head coach Jim Larrañaga and has been the associate head coach since 2015. While in Miami, Caputo helped his team win the ACC title in 2013 and five NCAA Tournament berths. Last season, Miami enjoyed its greatest success in March Madness under Larrañaga and Caputo, progressing to the Elite Eight before retreating to Kansas.

Prior to his time in Miami, Caputo had been one of Larrañaga’s top assistants at George Mason since 2005. At George Mason, Caputo helped orchestrate their famous Final Four appearance in 2006.

One of the things that drew GW to Caputo was his connections to the Washington, DC area. He worked at George Mason from 2002 to 2011. Caputo also signed many DMV players during his time in Miami, such as Jordan Miller, Anthony Walker, Chris Lykes and James Palmer.

Caputo will replace former GW head coach Jamion Christian. In his three seasons at Foggy Bottom, Christian went 29-50. Christian had his best season last year, going 12-18 overall and 8-9 in A-10, finishing 7th in the conference.

So far, two of GW’s three top scorers, Joe Bamisile and Brayon Freeman, have announced they are entering the transfer portal. However, the two said they would consider a return to GW once a new head coach is appointed. One of Caputo’s first tasks will be to try to convince Bamisile and Freeman to stay at GW.

GW hasn’t had a winning record since 2017 and hasn’t appeared in the NCAA Tournament since 2014. Caputo will be looking to bring a winning culture back to Foggy Bottom.