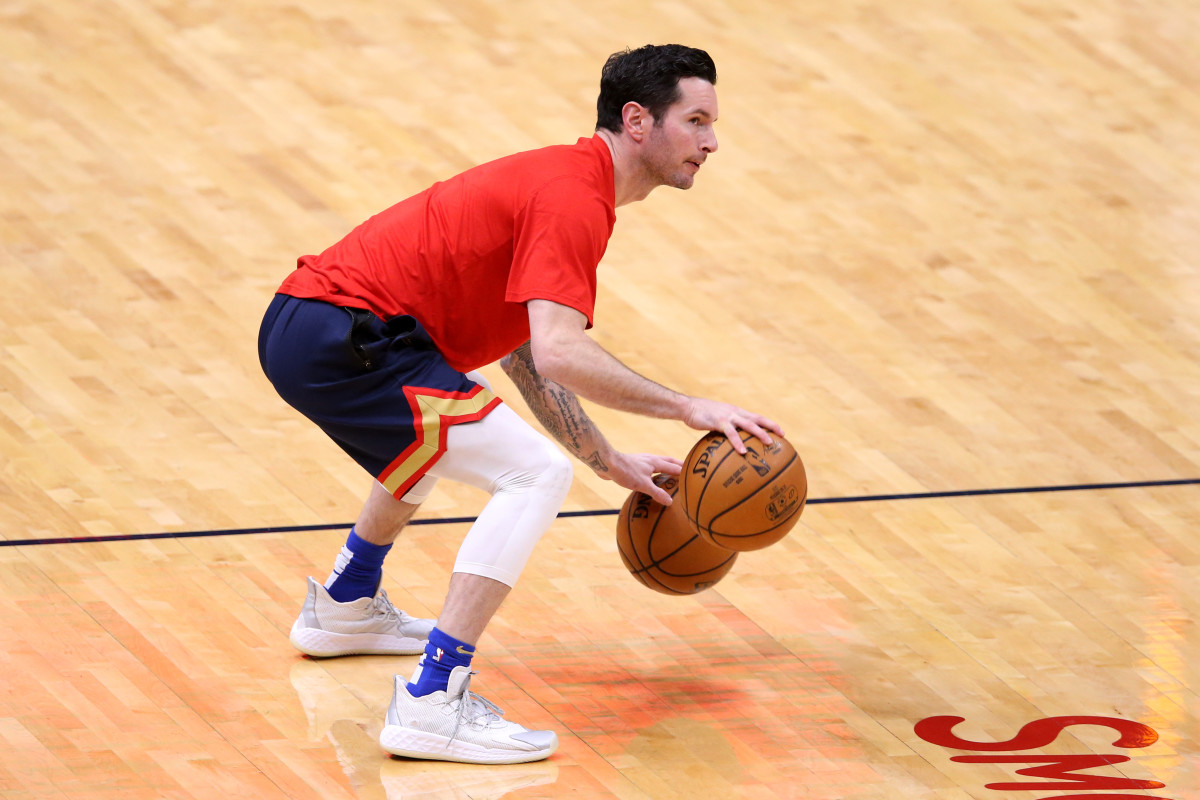 A few months ago, JJ Redick, a former Duke basketball great of four years, suggested on ESPN’s “First Take” that Bob Cousy’s 1959 28-assist game and other legendary performances were due to that he mainly played against “plumbers and firefighters”.

Cousy and others have since fired back at Redick for that quip and the ESPN analyst’s other comments downplaying achievements from generations ago.

Now add Jerry West to the list of disgruntled alumni.

Jerry West appeared on SiriusXM NBA Radio this week with hosts Justin Termine and Eddie Johnson. The 84-year-old expressed his disappointment with JJ Redick’s blows on Bob Cousy while examining the 38-year-old’s poor average during his 15-year run in the league (Redick retired before last season ):

“Well obviously the game is completely different. The athletes are completely different. And I just know JJ a little bit. He’s a very smart kid and all. But tell me what his career was like. What has- does he do to determine the games “He averaged, what, 12 points per game in the league? Somewhere along the way, numbers matter.”

On that note, Redick is averaging 12.8 points for his career; some would round that up to 13. That’s okay, though.

Plus, many viewers — even some haters of everyone connected to Duke basketball — think Redick kills him as an analyst these days by delivering smart insights and not holding any punches.

At least it sparks lively conversations.

West, a Hall of Famer and former NBA champion as a player who averaged 27.0 points over his 14-year career, eventually became the model for the league’s logo. Still, as a joke, some might feel compelled to remind him that he lasted a season less than Redick as a pro.

“By then the players aren’t what they used to be. JJ definitely wasn’t going to keep elite players. And so you can nitpick anyone. The only reason I’m talking about him , it’s because he was not an elite player – but he was a very good player. But he had a place in a team because of his ability to shoot the ball.”

Next, West bragged a bit about his athleticism and competitiveness.

Finally, he hinted that Redick should show more gratitude for the work he and Cousy did to grow the league at a time when the size of paychecks paled in comparison to what they are today:

“We didn’t have the facilities to get better. We had to work summers to support our family. But JJ should be very thankful that he made as much money as he made… I just think it’s very disrespectful myself.”