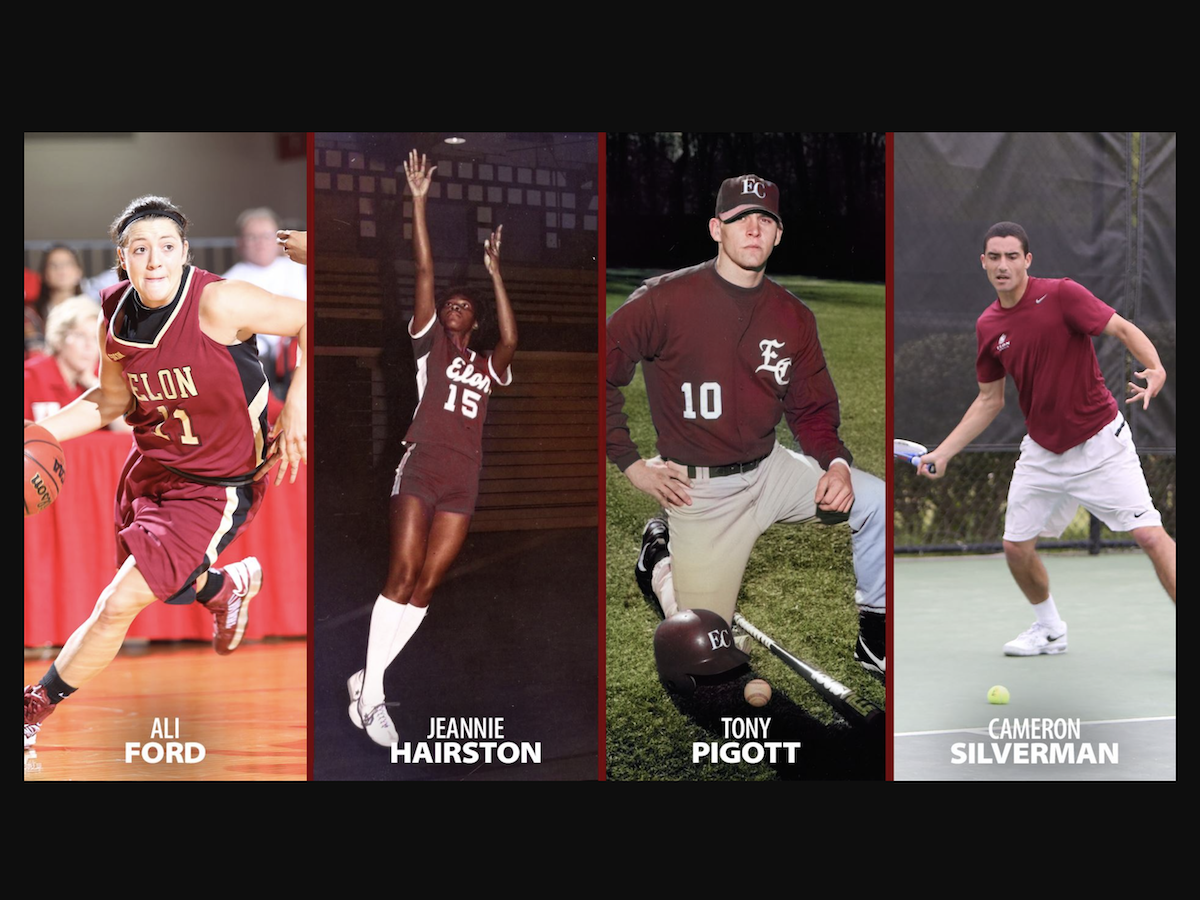 The 52nd class will be inducted into the Hall of Fame in a ceremony on Saturday, September 17 at 2 p.m. inside the Schar Center.

The 52nd class will be inducted into the Hall of Fame in a ceremony on Saturday, September 17 at 2 p.m. inside the Schar Center. The group will also be recognized at the halftime of the Elon football match against Gardner-Webb at 6 p.m. that evening. More details on the Hall of Fame induction ceremony will follow.

One of the most versatile student-athletes of Elon’s Division I era, Ford scored more than 2,000 points on the basketball court and won three years on the softball court. She was also appointed to the 100th anniversary team of the Southern Conference.

In basketball, Ford was one of five players to be named to the Southern Conference All-Conference Team four times. She was the league’s rookie of the year following the 2009–10 season after connecting with a league-best 84 three-pointers. She set a school record 92 long balls as a sophomore and, in her freshman year, broke the school career record by three runs. She finished her career with 338 three-pointers, a total that puts her more than 100 threes ahead of any other female basketball player in Elon.

In softball, Ford won a letter three, who started 53 games at shortstop as a senior, leading the team with 97 assists. She has played in 104 career games, starting 95 of those competitions. She had a .929 career percentage and hit two homers. Ford was named to the All-Southern Academic Conference Team.

One of only two players in the history of Elon’s women’s basketball program with at least 1,300 points and rebounds, Jeannie Hairston-Season was also a five-year-old basketball letter winner and winner. of the two-year-old volleyball letter.

Hairston-Eason is the best rebounder of all Elon time with 1,353 carambols, with an average of 11.7 per game, the second in the history of the program. Her 1,357 career points rank ninth in school history to join former teammate and Elon Sports Hall of Famer Venessa Corbett as the only players to reach those combined totals.

Hairston-Eason also ranks seventh in career field goals (545) and was 267 of 416 from the free throw line in his career. Those two totals are eighth in school history. She earned all-conference honors from 1980–1982, all-state honors in 1981 and 1982, and all-region honors in 1982. She was also the 1982 Carolinas Conference Tournament Most Valuable Player.

As a volleyball player, Hairston-Season was named to the Carolinas conference team of 1980 and 1981, as well as team MVP in 1981. She was named the winner of the department’s Browne Sportsmanship Award in 1982 .

A two-time all-conference player, Tony Pigott had a career batting average of .347 with 13 homers before being drafted by the Tampa Bay Devil Rays in the 27th round of the June 1997 MLB Entry Draft.

In 1995, Pigott was named the team’s freshman after hitting .305 with three home runs and 30 RBIs. He followed that first season by earning all-conference first-team accolades in each of the next two years.

In 1996, Pigott hit a team-best .335, hit another home run, drove in 22 runs, and stole 13 bases. He then posted a .395 batting average in 1997 with nine homers, 48 ​​RBIs and 23 stolen bases to go with 47 runs scored. The 1997 team won the regular season and the South Atlantic Conference season and tournament titles, heading to the South Central Region tournament, where Elon went 2-2 in the lone appearance. of the program’s Division II national tournament.

Pigott then played five years in the minor baseball league, as well as two more years in the independent league. He achieved 304 courses in career with minors, as well as eight circuits and 116 products produced. He hit .301 in two seasons with the Rockford Riverhawks of the Frontier League.

Silverman finished his career with records of 63-32 in singles and 53-24 in doubles, but was even more dominant in conference play. He obtained a combined sheet of 32-5 in simple and 30-5 in double during his brilliant career. He was 9-0 as a senior in league play and won the ITA Regional Senior Player of the Year award.

In 2011-12, Silverman won the ITA Summer Circuit event at Cornell and he earned a high-profile bid at the USTA/ITA National Indoor Collegiate 32-man championships in 2012-13, advancing the regional championship game from Carolina. As a junior, he beat Henrique Cunha de Duke, who was then the classified player in the country.

During her senior season, Elon obtained a file of 19-6 in total and 9-0 at a conference. The Phoenix defeated Furman to win the league championship before losing to Tennessee 4-1 in the NCAA championships. Silverman also qualified for the individual championships, losing a hard-fought game to Florida’s Florent Diep 6-7 (2-7), 6-1, 7-6 (7-1).