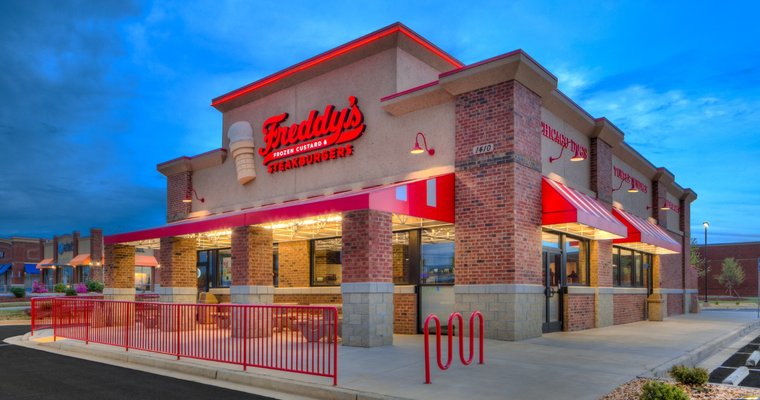 Freddy’s Frozen Custard & Steakburgers, based in Wichita, Kansas, has signed a multi-unit agreement to expand its presence in South Carolina, according to a company press release.

“When my partners and I began researching concepts to diversify our portfolio, we wanted to find something unique that would allow us to continue operating our existing sites without conflict,” Tanner said in the release. “When we met with Freddy’s, we knew it would complement our other brands well. Freddy’s has immense growth potential and their team has developed a top-notch support infrastructure that has made the whole process seamless. We are delighted to to be a part of the brand’s continued growth in South Carolina.”

Freddy’s, which will open more than 50 units by the end of the year, plans to have 800 locations by 2026. Franchise opportunities remain in the Northeast, upper Midwest, California, Florida, Oregon and Washington and major metropolitan areas such as Pittsburgh and many surrounding areas. markets.