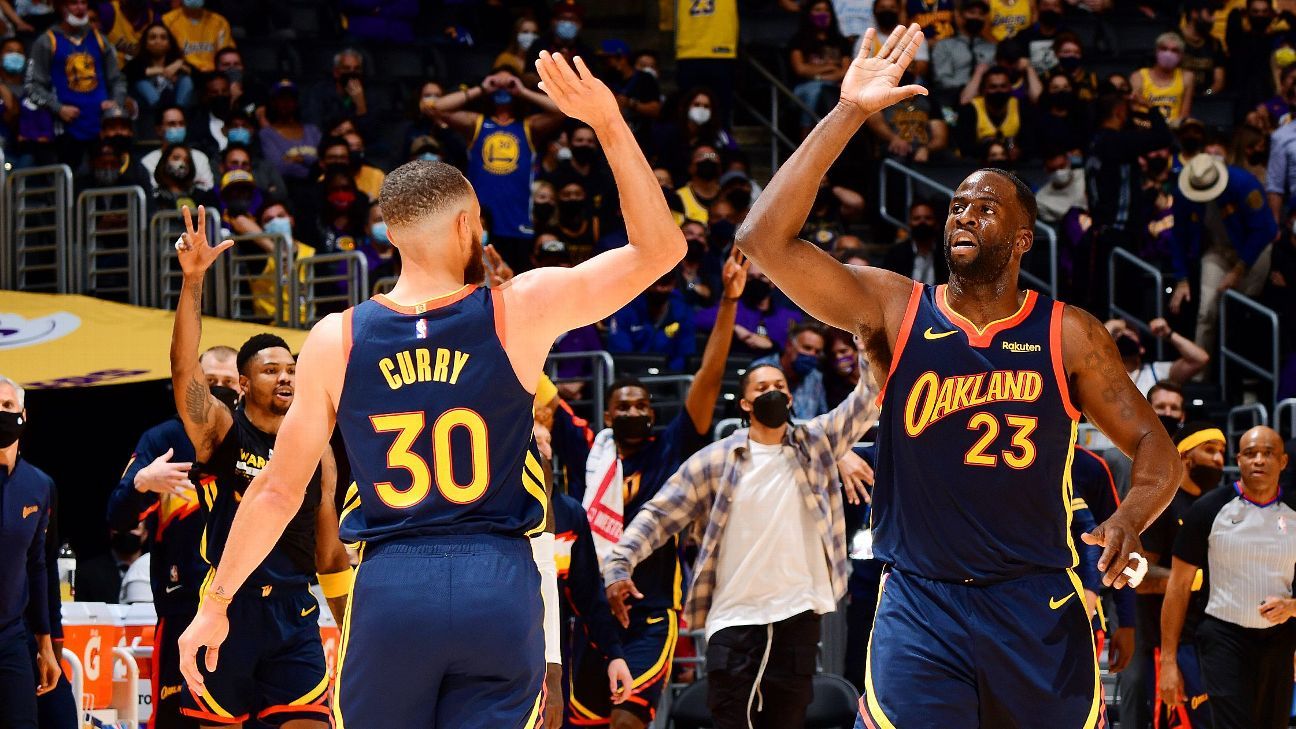 How unusual is the familiarity of the stars of the Golden State Warriors?

Warriors mainstays Stephen Curry and Draymond Green have been playing together since Golden State drafted Green in 2013. The following season, the Warriors added Andre Iguodala, who is back in the Bay after a two-year hiatus. And Golden State’s continuity will only get stronger when Klay Thompson returns to the lineup. His partnership with Curry, interrupted by Thompson’s injuries the past two seasons, dates back to 2012.

Throughout the NBA season, I answer your questions on the most recent and interesting basketball topics. You can contact me directly at @kpelton, tweet your questions using the hashtag #peltonmailbag or email them to peltonmailbag@gmail.com.

This week’s Mailbag begins by quantifying the chemistry between Curry and Green as well as other groups of teammates and comparing the Warriors to the rest of the league. I’m also answering your questions about the relative odds of current and former LeBron James teams of qualifying for the playoffs, if rematch games in the same week like last week’s pair of clashes between Golden State and the Phoenix Suns are different from other reunions and players facing homonymous teams.

“After watching the almost telepathic play between Draymond Green and Steph Curry [developed over 10 seasons together], I was wondering, is there a “familiarity factor” that can be quantified? Can you calculate the number of years each player has played with players on their roster? Do teams and rotations with a higher ‘familiarity factor’ lead to more plus-minus, wins or championships? “