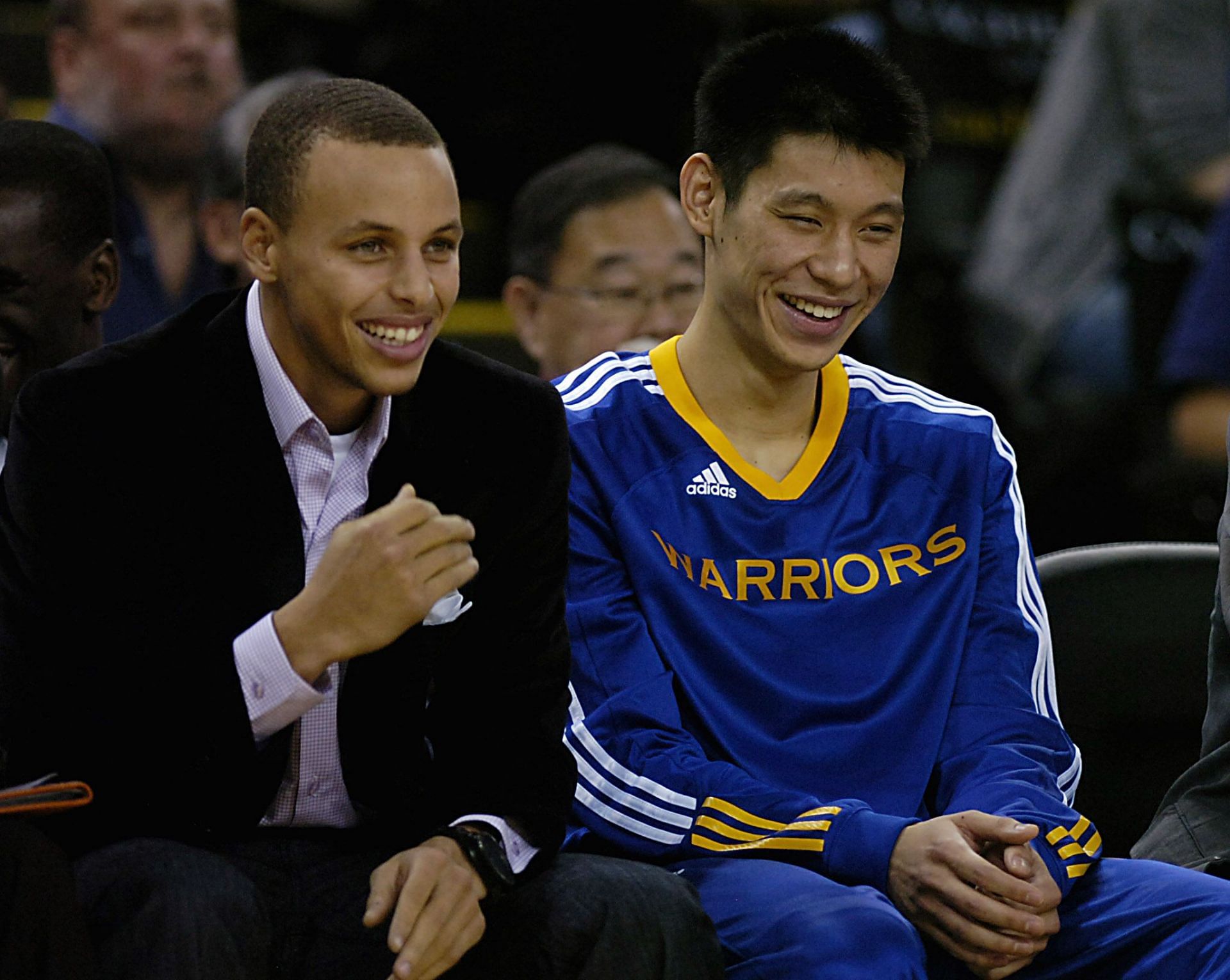 “He doesn’t need a Finals MVP to validate his career”

With the NBA Finals underway, one of the stories is that Steph Curry may win his first Finals MVP award.

It would do wonders to his already great legacy. However, Curry’s former teammate Jeremy Lin believes Curry doesn’t need the Bill Russell MVP trophy to confirm his greatness.

With Game 1 of the NBA Finals underway, Lin tweeted about the possibility of Curry winning his fourth NBA championship and first Finals MVP award. The former Warrior stressed that Curry’s career won’t be incomplete even if he doesn’t win the Finals MVP.

Here is what Lin tweeted:

“I hope Steph Curry wins Championship and Finals MVP. But make no mistake, he does NOT need a Finals MVP to validate his career by any means. “

Hopefully Steph Curry wins Championship and Finals MVP. But make no mistake, he does NOT need a Finals MVP to validate his career by any means.

Hopefully Steph Curry wins Championship and Finals MVP. But make no mistake, he does NOT need a Finals MVP to validate his career by any means.

Steph Curry is already among the greatest players of all time and has the nickname of being the greatest shooter in history. He has two NBA MVPs and three championships. The NBA Finals MVP is conspicuously missing from his resume, but he has a chance to earn it this season.

However, Curry and the Warriors need to bounce back from losing Game 1 at home to the Boston Celtics. The Golden State Warriors were up double digits early in the fourth quarter, but a furious Celtics rally gave them an impressive 120-108 win on Thursday.

Curry was on fire to start the game, breaking the NBA Finals record for most three-point shots made in a quarter.

He finished the game with 34 points, five rebounds and five assists, but that wasn’t enough to prevent a Celtics win. Al Horford had a big game for Boston with 26 points, while Jaylen Brown and Derrick White had 24 and 21 points respectively.

Before Steph Curry became the greatest shooter of all time and Jeremy Lin became “Linsanity”, they were teammates. Curry and Lin played together for the Warriors in the 2010-11 NBA season. After that, Curry had to overcome several injuries before returning to the league in 2014.

Meanwhile, Lin would become a star for the New York Knicks in 2012 as part of the “Linsanity” craze. He then bounced back in the league playing for teams such as the Houston Rockets and LA Lakers. He also played for the Charlotte Hornets, Brooklyn Nets and Atlanta Hawks.

Read also
The article continues below

Lin would win his only NBA championship in 2019 as a member of the Toronto Raptors against his former team. He played for the Warriors’ G League team in 2021 in hopes of an eventual NBA return.