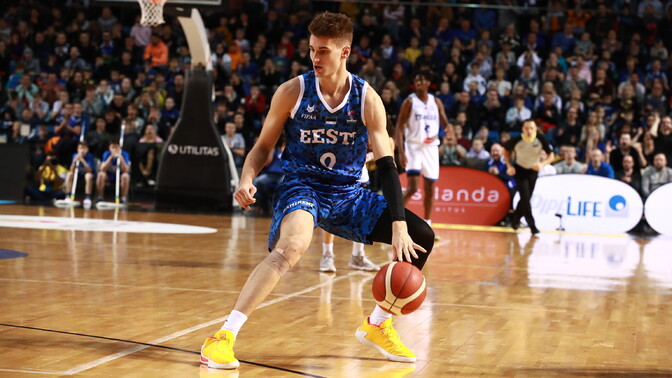 The Windy City Bulls are an affiliate of the Chicago Bulls and play their home games approximately 25 miles from Chicago.

The 21-year-old Estonian has spent his entire playing career in Europe, signing a contract with German club Brose Bamberg in 2016. In 2019, Drell joined Italian top-flight league side Pesaro. He showed improvement in his two seasons in Italy, averaging 5.8 points and 2.5 rebounds in his second season with the club.

Drell and Pesaro played well in the prestigious Coppa Italia competition last year and the Estonian scored a career-high 23 points in the team’s quarter-final win over Dinamo Sassari. Pesaro eventually lost to Armani Exchange Milaoni in the final, but the Estonian scored 12 points and grabbed four rebounds to eventually be named the tournament’s best offensive player.

The young Estonian made waves a few years ago when he announced his dream of eventually playing in the NBA. Joining the development league of the best basketball league in the world is an important step towards achieving this goal.

Martin Müürsepp is the only Estonian to play in the NBA after being selected 25th overall in the 1996 NBA Draft by the Utah Jazz, who later traded the Estonian to the Miami Heat. Müürsepp played in 83 NBA games, averaging 4.7 points in 11.5 minutes for the Heat and Dallas Mavericks.