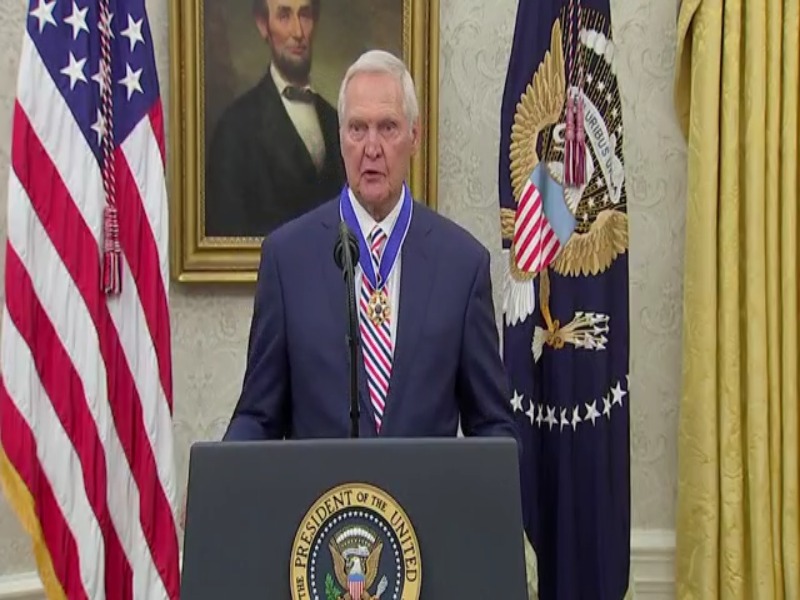 MORGANTOWN, W.Va. – Jerry West has once again been recognized as one of the greatest athletes in professional basketball history.

The NBA 75 roster, which was revealed this week to commemorate the association’s 75th anniversary, includes West, who played for the Lakers from 1960 to 1974. It’s another remarkable honor for the former hoops star of WVU, who was inducted into the Professional Basketball Hall of Fame over 40 years ago.

West, a native of Chelyan, West Virginia, played at WVU from 1957 to 1960. With West in roster, the Mountaineers won 81 of their 93 games during his college career, reaching the National Championship game in 1959.

The player whose likeness has become synonymous with the NBA logo was drafted by the Lakers at No.2 overall in 1960. West and the Lakers have reached the NBA Finals nine times in his professional career, and the former mountaineer lifted the trophy in 1972. West is a former NBA scoring champion, has appeared in the NBA All-Star game 14 times in his career and previously held the association record for career playoff points (3,078).

He was inducted into the Professional Basketball Hall of Fame in 1980 and the WVU Sports Hall of Fame in 1991. In 1997, he was named to a similar NBA list, honoring the 50 greatest players of the league in its 50th anniversary season.