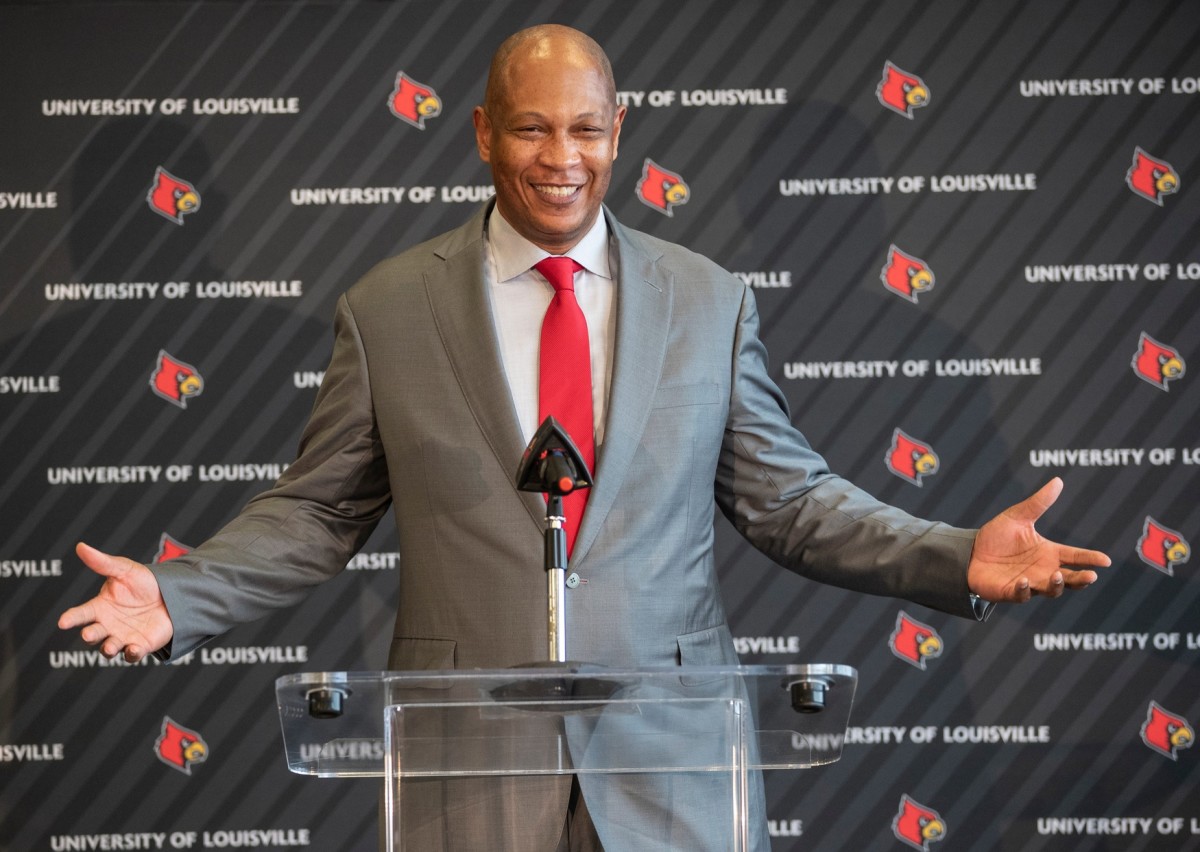 LOUISVILLE, Ky. — Kenny Payne has yet to coach a game for Louisville’s men’s basketball program, but it looks like he’s doing everything in his power to arrange the best possible non-conference schedule for fans of the UofL.

Speaking at a University Club IU event at Huber’s Orchard and Winery, Indiana head coach Mike Woodson revealed he was in talks with Payne and the Louisville administration to host a game between the Cardinals and the Hoosiers.

“I had the opportunity to speak to Kenny and their AD [Josh Heird]and he promised me something in two years once Kenny got there, and maybe get a game against Louisville.

Woodson also added that he “couldn’t be happier” that Payne “is finally getting his big break and going home to Louisville.”

“I think he’s going to do great things,” he said.

The potential for a showdown with Indiana isn’t the only recent news about Louisville trying to schedule a former rival. Earlier this week, Memphis head coach Penny Hardaway told the media that he was also in talks with Payne to play a game against the Cards.

“Penny contacted me and I told him I would be back with him,” Payne said Tuesday during Milt Wagner’s introductory press conference. “We haven’t done anything yet, we’re going through it. We’ll see how it goes. I really haven’t had a chance to really dwell on it, but we will.”

Louisville and Indiana last played on Dec. 8, 2018, with the Hoosiers narrowly securing a 68-67 win at Assembly Hall. IU holds an 11-9 advantage in the all-time series with UofL.

The Cardinals’ non-conference schedule for the 2022-23 season is starting to take shape. They will host both Bellarmine and Western Kentucky on dates to be determined, as well as travel to Kentucky on New Years Eve. Louisville will also play three games in Hawaii as part of the Maui Invitational, as well as an opponent who has no yet to be announced in the Big Ten-ACC Challenge.

Last season, Louisville suffered its first losing campaign in more than two decades, going 13-19 and splitting with head coach Chris Mack midway through the season. The Cardinals hired Payne, a former national champion from Louisville as a player and longtime assistant coach at Kentucky, as their next head coach on March 18.