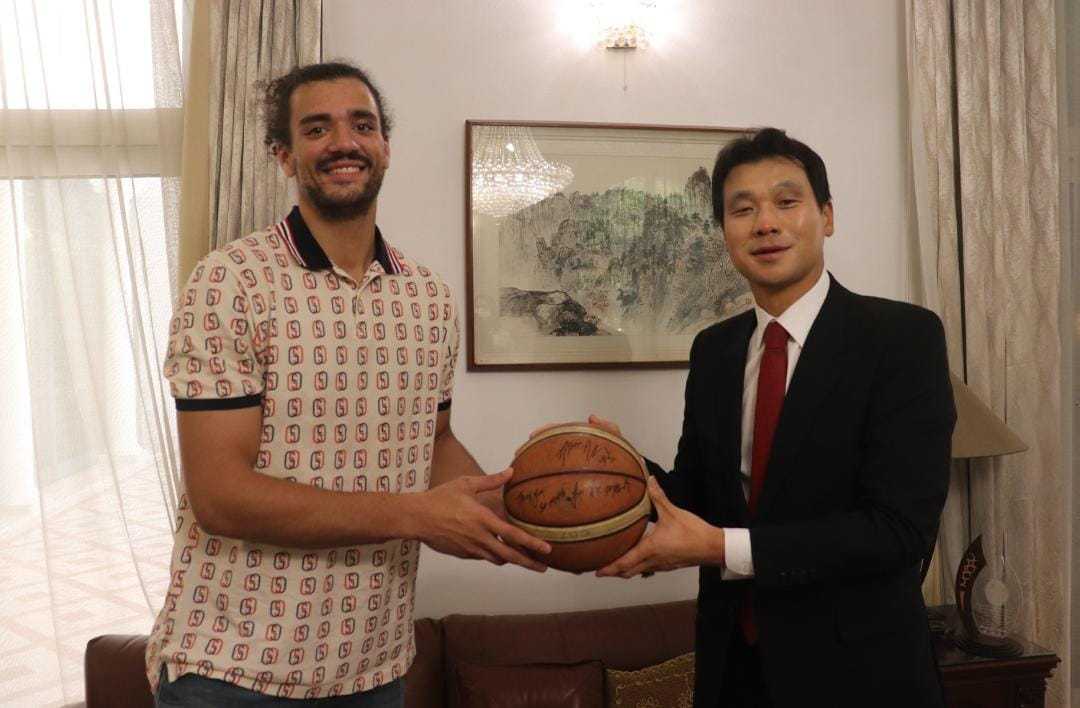 The first Egyptian player to step onto Korean basketball courts will compete for the LG Sakers for the second year after renewing his contract before the 2022/23 season kicks off in October.

Marei said it was a huge responsibility on his shoulders to play for the Korean team as an Egyptian athlete, and he would do his best to create new opportunities for other Egyptian players.

The 2.06 m player showed unparalleled performance in the offensive rebound, grabbing six rebounds in each game, which earned him the titles of “Rebound Machine” and “King of the Under Basket” the previous season.

Marei has also captured the hearts of Korean basketball fans not only for his unmatched skills but also for his good looks, with Korean fans comparing him to American actor Orlando Bloom and Canadian singer Justin Bieber.

During the meeting, Hong praised Marei for his sporting achievements and praised him for being the first Egyptian player to play in a Korean team, noting that bilateral relations between South Korea and Egypt are expanding. now even at the basketball court.

Hong also stressed that the embassy will always strive to support bilateral sports and youth cooperation to enhance understanding between the peoples of the two countries.

Russia engaging in ‘silent’ diplomacy with US over Griner prisoner swap, official says