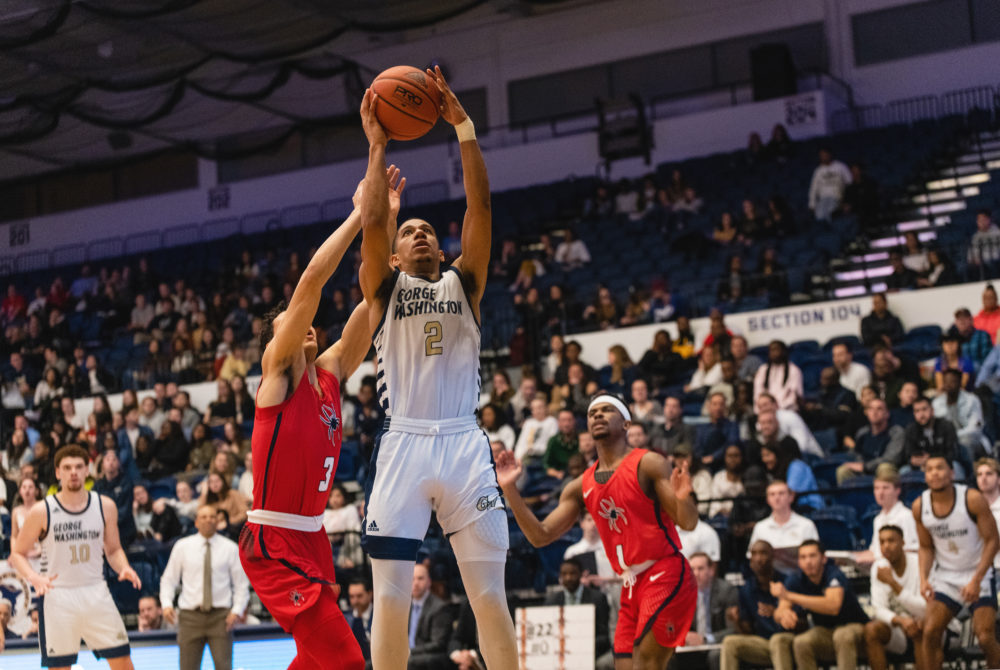 As they prepare for this season, men’s and women’s basketball are looking to post winning records for the first time since the 2016-17 season and the 2017-18 season, respectively.

In the 2020-21 season, men’s basketball finished with five wins and 12 losses overall, while the women’s team fared slightly better with an overall record of 9-14. Both teams were eliminated in the second round of the A-10 tournament, but male head coach Jamion Christian and female head coach Caroline McCombs said they were confident in their teams’ abilities to recover on the right path.

“I really believe we’ve made a ton of progress,” Christian said. “Starting with how much talent we were able to muster on the roster, moving to our style of play, and just understanding a deeper belief in where we need to be to be one of the top four teams in this league. “

Christian, who is entering his third season as a head coach, said he has placed emphasis on versatility this year as he replenishes the roster and is optimistic about the impact on the defensive.

“We’ve always had a system full of versatility and I don’t think we’ve been able to do it at the highest level that we possibly wanted in the first couple of years, but I really feel like the third year we I was able to put together a list with so much versatility. ”

McCombs, who is entering her first season as a women’s head coach, said she emphasized a strong defensive identity.

On the offensive side, the men’s team will be led by senior forward Ricky Lindo Jr. and junior guard James Bishop.

In the seven games he played in the 2020-21 season, Lindo Jr. averaged 11.4 points, 10.7 rebounds and 2.1 steals per game while shooting 52.4 percent of clip. He’s recorded five games with double-digit rebounds and four double-doubles, the most A-10 player after his debut.

In his sophomore last season, Bishop averaged 19.1 points and 5.1 assists while hitting 42.7 percent on the field and his scoring average was the second-highest in the A-10 conference. Bishop said he spent “long hours at the gym” during the offseason and trained with his teammates to help create a “good connection” with each other.

Christian said he sees Bishop playing the role of distributor, not just goalscorer. He said he’s confident in Bishop’s leadership and his ability to contribute to a winning culture as a second-year player.

“When you’re trying to fit it into a championship level program, you need players with the right kind of personality, not just scoring enough points, for the personality to lead your team tenaciously to lead your team in the fields. difficult moments. »Says Christian. “James Bishop did this from day one when he came here. He never apologized. He never complained about anything. And it only makes us culturally better, day in and day out.

The women’s squad will be led by senior guard Maddie Loder and graduate student guard Kyara Frames, who have transferred from Albany. In the 2020-2021 season, Loder averaged 4.8 points and 1.6 assists at 29.5 percent from the field. She led her team with an 87.9 shooting percentage from the free throw line.

As a senior last season, Kyara Frames averaged 8.3 points and 3.3 rebounds per game while converting 37.5 percent from the floor. She also led Albany with 21 interceptions as well as three-point shooting, knocking down 35.7% from depths for a total of 25 three-point buckets.

Loder and Frames have both said they would look to take on a leadership role under the new coaching regime and a revamped roster that included just six returns from last year’s squad.

“I think the pieces we have all look like a puzzle,” Frames said. “And I think because we all support each other a lot and want to see each other more than when we’re on the pitch, we’ll get the job done. So I’m excited to see how we all come together in terms of this season to win games and just have fun. “

Christian said he is focused on building the chemistry of the men’s team, especially since a large part of the team has remained on campus since April.

“I think part of that chemistry will really be developed when we have our fans in the building here,” Christian said. “We get that first lob dunk or layup in transition and we can feel that energy.”

The men’s team will kick off their season with an exhibition game against Hood College at the Smith Center on Monday. Kick-off is scheduled for 6.30 p.m. The women’s team faces their US rivals Crosstown on Tuesday, November 9 at home for a 5:30 p.m. start.

This article appeared in the November 1, 2021 issue of Hatchet.