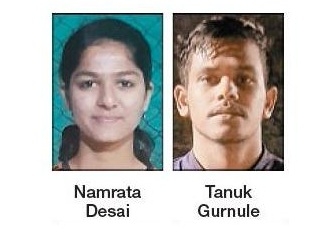 NAMRATA Desai of Nutan Bharat Yuwak Sangh (NBYS) and Tanuk Gurnule of Phoenix Academy have been named captains who will lead the Nagpur District 12 girls and boys basketball teams respectively in the State Junior Basketball Championship. Maharashtra to be held in Aurangabad from December 12-16. The Nagpur District Basketball Association (NDBA) announced the junior (under 18) boys and girls basketball teams on Saturday. The Maharashtra teams will be selected in this state tournament which will participate in the National Junior Basketball Championship to be held next year.