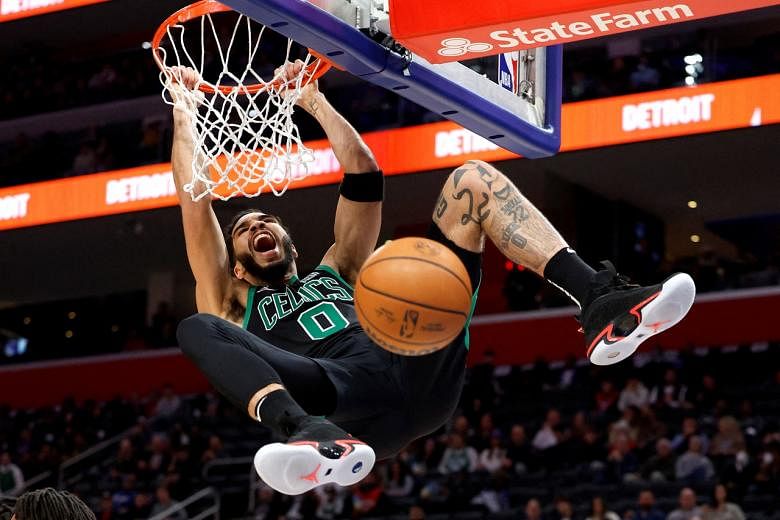 The Celtics have a season-high four-game winning streak and have won eight in a row against Orlando. Two of them have come this season – including the Magic’s only overtime game.

Sunday marks the last of three games the teams will play this season.

The Celtics (29-25) are in the middle of a three-game road trip that began with a 102-93 wire-to-wire win over the Detroit Pistons on Friday.

Meanwhile, the Magic will play the second straight game after Saturday’s 135-115 home thrashing at the hands of the Memphis Grizzlies.

Memphis star Ja Morant scored 33 points and the Grizzlies led up to 31 points. He scored 22 points in the first half and missed the fourth quarter with the Grizzlies (37-18) en route to a fifth National Basketball Association win in six games.

Jaren Jackson Jr scored 21 points and Steven Adams contributed 12 points and 11 rebounds for Memphis, which connected 50.5 percent of its shots from the field and outscored the Magic 68-34 in the paint.

Morant dished out seven assists, and his many highlights of the night included a third-quarter backspin pass to Ziaire Williams, who found De’Anthony Melton for a dunk that gave the Grizzlies 31 points.

Cole Anthony scored 17 of 22 points in the first half for the Magic, who at 12-42 hold the league’s worst record but have beaten four of the top eight seeds in the Western Conference.

Wendell Carter had a 12-point, 10-rebound double-double for the hosts, whose two-game winning streak at home was snapped.

In another game, LeBron James scored 29 points in his return from a knee injury and the Los Angeles Lakers rallied from a 21-point first-half deficit before beating the New York Knicks 122- 115 in overtime.

Malik Monk also had 29 points and Anthony Davis added 28 as the Lakers won only the second time in their last six games. James added 13 rebounds and 10 assists after missing five games with a swollen left knee. Los Angeles (26-28) went 1-4 in those games.

Gators men’s basketball escapes with another win as they beat Ole Miss in OT – ESPN 98.1 FM