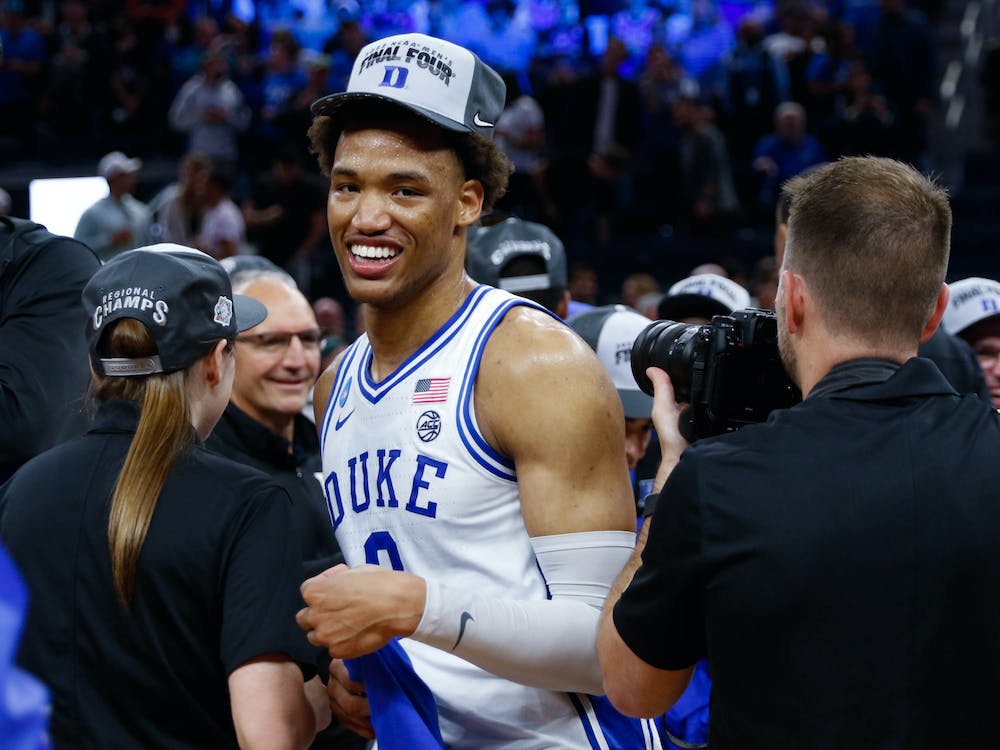 From overtime hero to Captain Zero, Wendell Moore Jr.’s next career step will be as a professional player in 2022-23.

With the 26th overall pick in the 2022 NBA Draft, the 6-foot-5 forward was selected by the Dallas Mavericks and traded to the Minnesota Timberwolves for a package including the 29th overall pick, per ESPN’s Adrian Wojnarowski. The junior stood out on a packed Duke roster this winter, leading the team in assists and commanding the team in his first Final Four appearance since 2015.

Prior to his statement in April, there was speculation as to whether the Charlotte native would stick around another year to usher in the Jon Scheyer era of Blue Devil basketball. Clearly, his choice to bet on the big leagues has paid off, as the Timberwolves will land a versatile, athletic player who is fresh off of a deep tournament and his statistical best season in blue-and-white.

While not as physical as fellow Duke picks Paolo Banchero and Mark Williams, Moore’s defensive acumen and improved shooting will make him an asset to his new pro teammates. Add to that recognition of the Julius Erving Award for the nation’s best small forward and three years under college basketball’s most winning coach, and Moore’s NBA stock continues to grow.

Above all, he has proven his ability under the brightest lights offered to him so far. A 20-point performance against Gonzaga and a 26-point game against Syracuse in the ACC Tournament title for three impressive years, but among Duke fans, however, nothing should ever beat its buzzer-beater to beat North Carolina. on the road in February 2020.

Heading into Thursday, Moore was projected as a late first-round or early second-round pick, and that’s exactly where he ended up. He joins a Minnesota team that made the playoffs last season.

Moore is the fourth former Blue Devil to be selected on Thursday, with the Orlando Magic taking Banchero with the first overall pick, the Charlotte Hornets taking Williams at No. 15 and the Atlanta Hawks selecting AJ Griffin a later pick.

This is a developing story. Check back here for more updates.

Get The Chronicle straight to your inbox