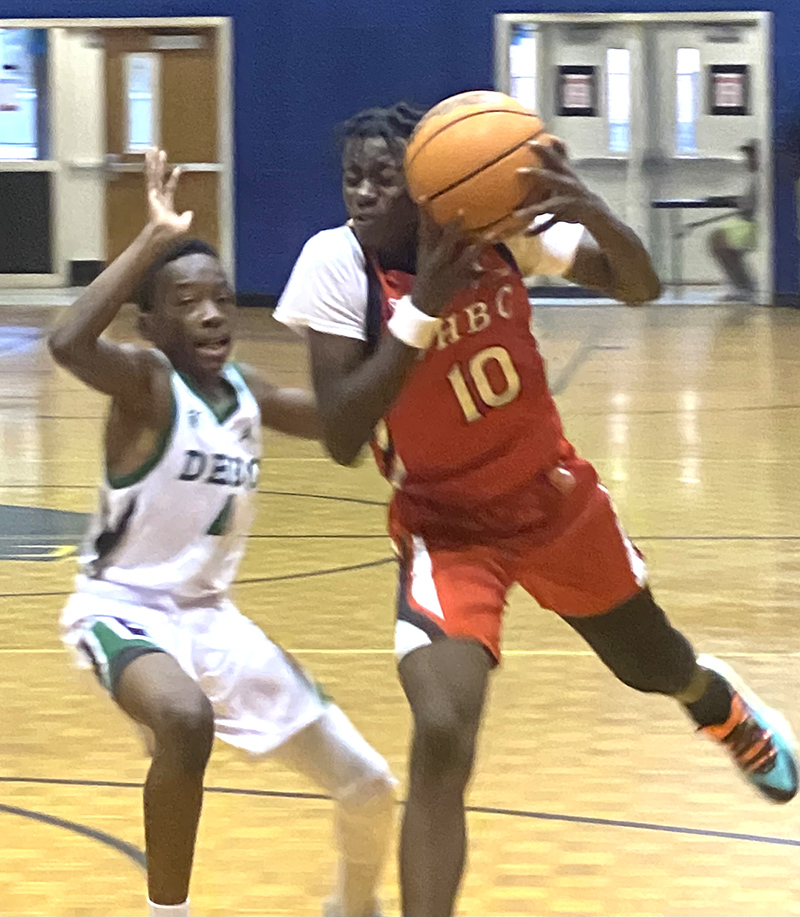 In the 11U game between the Warriors and the Heat, it was a back-and-forth affair the entire contest, but with less than 10 seconds left in the game, Aiden Aldridge of the Heat scored to give his team a lead 24-22. . However, with 0.1 seconds left, Jaden Galloway of the Warriors was fouled in the act of shooting and had a chance to tie the game and send it to overtime with two successful free throws. However, Galloway was only able to make one of the foul shots and the Heat won 24-23. Galloway led all scorers with 14 points.

11U Heat’s Vincent Kearse pushes the ball downfield against the Warriors.
Photo by Ken Gustafson

The second game of the night featured the Celtics 14U against the Heat. The Heat led for most of the game, but the Celtics made a furious run late in the game and came away with a 51-49 victory. Briceton Terry led the Heat with 25 points and Joshua Coleman led the Celtics with 16.

In 17U girls action, the Wings edged out the Mystics 44-39 in a hard-fought affair. Former Sumter County guard Tiffany Goodman led the Mystics with 20 points and Aliyah McGarrah led the victorious Wings with 19 points.

Jalayah Tatum of the 17U Wings drives to the basket. Tatum scored four points in the Wings’ win over the Mystics.
Photo by Ken Gustafson

The final game of the night featured the Heat and Mavericks in the 17U Boys Division. Unlike the previous three games, this one was one-sided as the Heat beat the Mavericks 63-48. Davon Johnson and Devon Dowdell each led the Heat with 17 points and Latravis Angry led the Mavericks with 19.