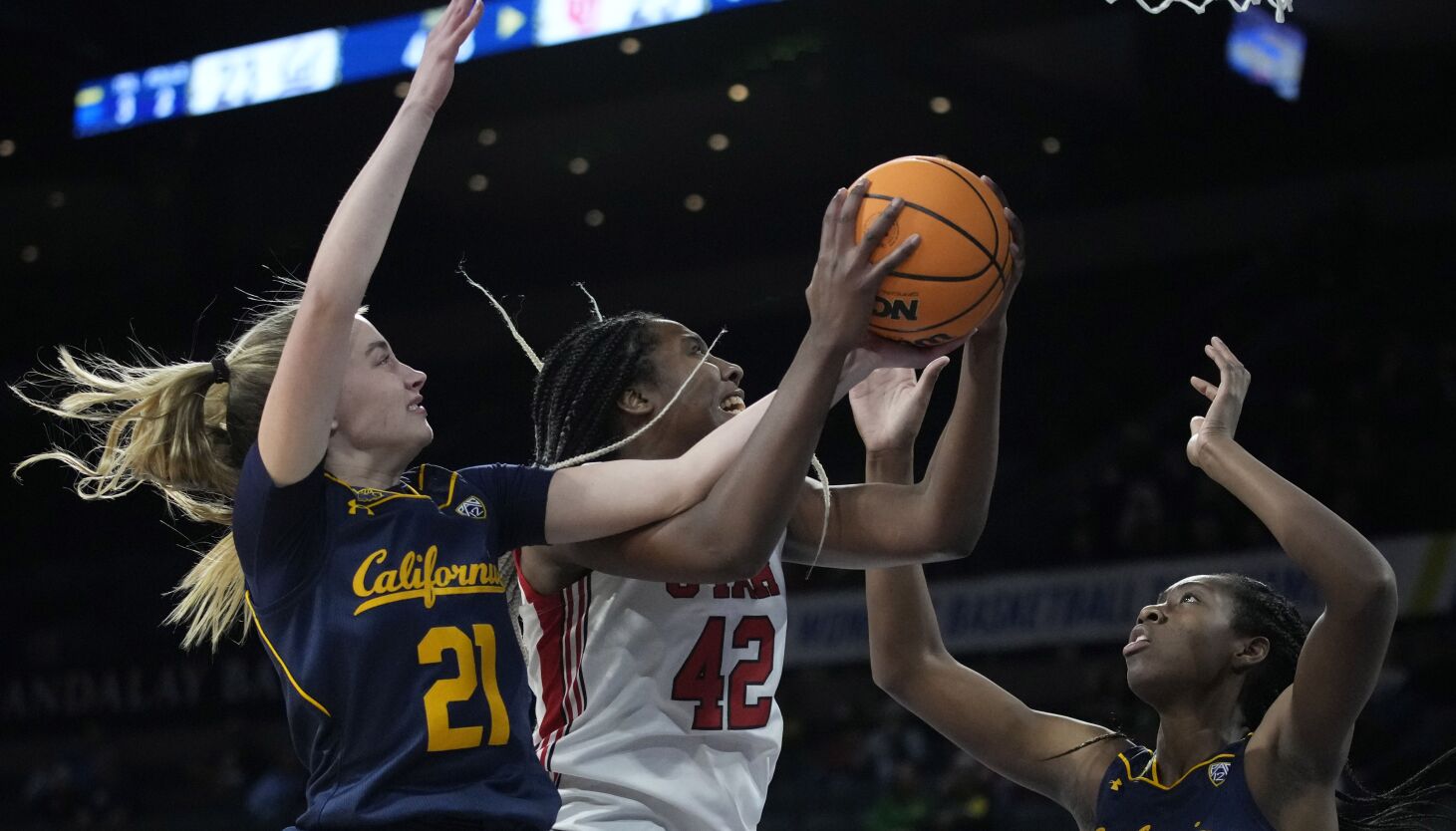 Utah’s fabulous freshmen — Gianna Kneepkens and Jenna Johnson — announced late Wednesday night that the Runnin’ Utes won’t be easy in the Pac-12 women’s basketball tournament, either this year or the years to come.

Minnesota due combined to score 38 points and helped Utah hold off California 66-60 in a first-round game in Las Vegas as all favorites won Thursday at the Mandalay Bay Events Center.

A day after being named Pac-12 Rookie of the Year by league coaches, Kneepkens had 20 points and five rebounds, while Johnson added 18 points, three rebounds and three assists.

“It was good to win,” said Utah coach Lynne Roberts, whose program advanced to the quarterfinals for the second time in three years. “Cal played very well. They defended us harshly. They took away a lot of things that we used to have. Congratulations to them.

The Utes are also pretty hot, having won three of their last four games.

It was a game the Utes had to have, and they got it, thanks to freshman play and sophomore Kennady McQueen defense. The Henefer native held Pac-12 leading scorer Jayda Curry of Cal to 16 points on 6 of 18 shooting.

“We knew we had to focus on her, and if we communicated, we’d do well to do so,” Kneepkens told the Pac-12 Network after the game.

McQueen added 11 points and four rebounds as Utah used 13 offensive rebounds to take a 20-7 advantage in second-chance points. The game was billed as a duel between Kneepkens and Curry, after Curry won Pac-12 Freshman of the Year in media voting. Give this one to Kneepkens, who was 9 of 13 from the floor.

“What I’ve said all year is they’re talented, but they never seem to waver,” Roberts said of Kneepkens and Johnson. “They’re fearless and talented. It’s a deadly combination, especially from freshmen. And sometimes you don’t know better when you’re a freshman”

Pac-12 network cameras showed Roberts pressing his team into the huddle during that break, telling them, “We’re the best team, but we gotta go.”

That’s what they did.

“I thought in that third quarter we were just a little hesitant and they were a little in control of the game,” Roberts said. “We just needed to play harder, harder, smarter, to bring it to them, to play with some confidence that our team has earned. So, “Let’s not play scared,” I said, and they responded very well.”

Dasia Young hit a 3-pointer — one of Utah’s six 3-pointers, which is below its nine-per-game average — to help the Utes regain the lead, and McQueen added another.

After Cal tied it at 56-56 with three and a half minutes left, Johnson simply took over. She made three straight inside buckets, and Utah held on from there.

“These guys, they’re going to have special careers here for sure,” Roberts said.

With a No. 27 ranking in the NET rankings entering the conference tournament, Utah felt good about their chances of making the NCAA tournament as an all-around team for the first time since 2011. The Utes are considered a seeded No. 9 in ESPN’s latest bracketology screenings.

But a loss to the No. 11 seed in the tournament could have been awkward.

“It was a lot of fun,” Kneepkens said. “They’re a good team and we knew we had to stick to our principles because everyone is fighting for the same thing right now, so just sticking to our principles and doing the right thing all the time got us the win.”

The outside shots weren’t falling in the first half like they usually do for the Utes, so they went inside, with positive results.

Johnson scored 11 of his points in the first half and Peyton McFarland added six. The lead would have been bigger, but Kneepkens’ floater just missed the buzzer.

Angelo State drops to No. 2 WT seed in quarterfinals