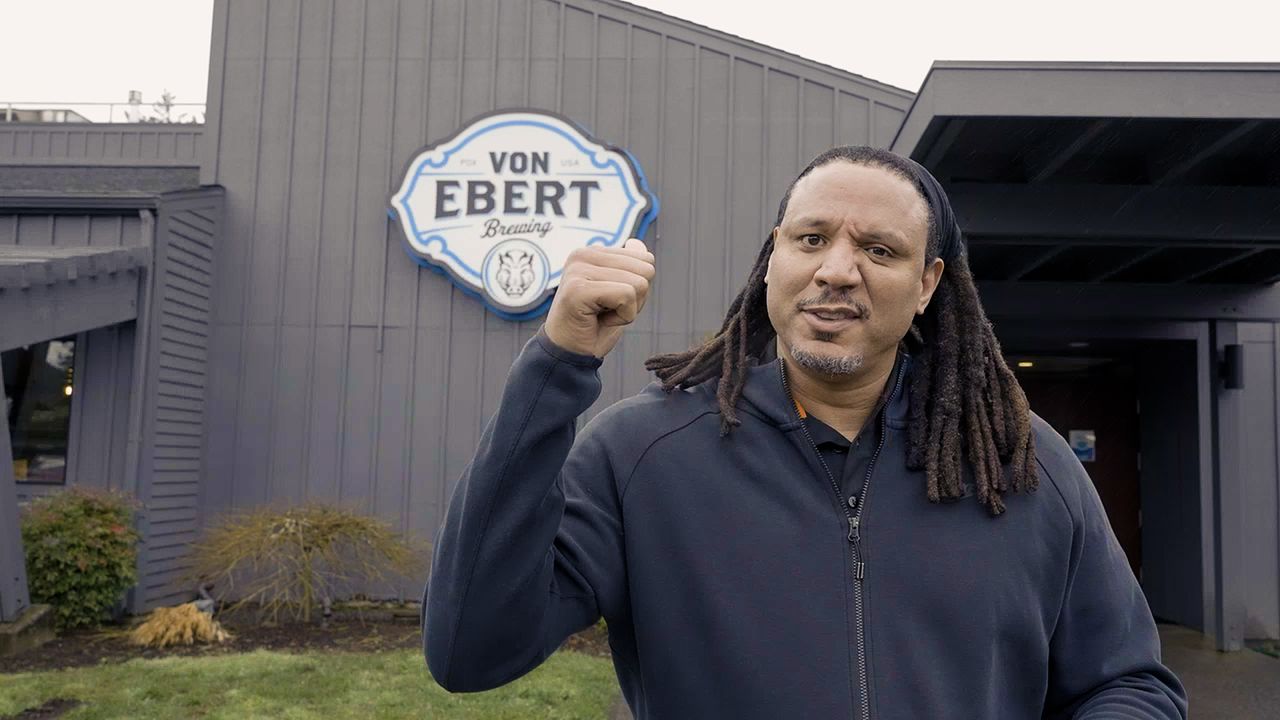 Von Ebert Brewing and former Portland Trail Blazer Brian Grant have brewed a beer to be released at a game next week at the Moda Center to benefit the Brian Grant Foundation, a non-profit organization dedicated to improving the lives of those who have been diagnosed with Parkinson’s disease.

The 12-year National Basketball Association veteran spent three seasons with the Blazers and called Portland home after his career ended. In 2008, two years after his retirement, the 36-year-old was diagnosed with Parkinson’s disease. Two years later, he launched the foundation to improve the lives of people with the disease.

The collaboration’s roots go back to Pints ​​for Parkinson’s, a program launched in 2016 in which bars, breweries and restaurants across Oregon sold a beer “passport” to raise money for the foundation, a said its executive director, Katrina Kahl.

von Ebert has consistently been the top-selling establishment, Kahl said, in its best year with $5,000. The program was put on hold due to COVID-19, but the foundation and brewery decided this year on collaborative beer as a way to continue fundraising, with a portion of the proceeds going to the foundation.

“I’m thrilled with this collaboration as it’s the very first Rasta Monsta beer and it’s in partnership with one of our most loyal supporters,” Grant said. “The folks at Von Ebert have made Pints ​​for Parkinson’s a huge success for many years, and we have a strong relationship with the team there.”

The beer is called Rasta Monsta Tropical Pils in honor of Grant’s nickname from his NBA career, during which he became known for his long dreadlocks and tenacious, always-pumping game. The latest in Von Ebert’s Modern Pilsner series, Rasta Monsta was brewed with IREKS Pilsner and a combination of experimental HBC 586 hops and Idaho 7 hops, giving it “notes of guava, overripe mango and a hint of pineapple, with a crunchy malt. backbone that holds everything together,” according to the brewery.

The beer will be released March 30 at the Moda Center, when the Blazers take on the New Orleans Pelicans. The foundation that evening will also be a beneficiary of the 50/50 half-time raffle held at each game to benefit a non-profit organization, and Von Ebert staff will sell the raffle tickets at the game.

“The Blazers did a lot for us during Parkinson’s Awareness Month, which is April,” Kahl said.

Rasta Monsta will be released widely in 16-ounce cans and draft on April 1 at Von Ebert’s Glendoveer and Pearl District breweries. Market of Choice will sell the beer in the Portland area starting the first full week of April.

The beer will continue to be offered at the Moda Center while supplies last, and the urban restaurant group sells the beer at its dozen Eugene and Portland locations, some of which include Brix Tavern, Swine and Bartini.

“The Brian Grant Foundation has done so much in this community to help people with Parkinson’s disease,” he said. “Our team had this idea to take our relationship with them even further, and we all knew that was something we had to do.”

The foundation’s mission is to provide tools, resources and support to improve the well-being of people diagnosed with Parkinson’s disease, which is incurable. But Kahl said Grant is a living example that healthy eating, exercise and socializing can help manage illness and improve quality of life.

In April, Grant, 50, and co-host Heather Kennedy will launch a podcast, On Timewhich covers topics such as parenting, socializing, dating, and maintaining health while coping with Parkinson’s disease.

This includes participating in rigorous activities like brewing a beer.

“We both learned a lot about making beer,” Kahl said. “He likes lighter pilsner beers, and it was just a fun idea that it was the Rasta Monsta. He helped design the label and it was a lot of fun to do.