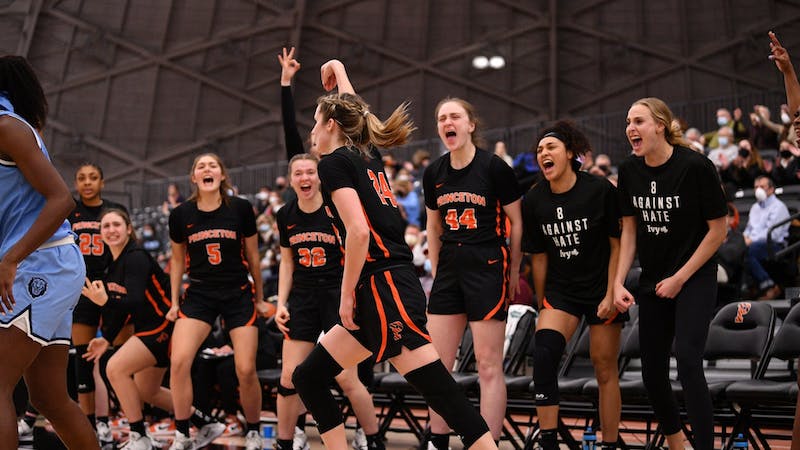 On Friday, the Tigers’ strong defense kept Cornell from scoring for the first eight minutes of the game, and at halftime the Tigers were leading 35-14. They were able to maintain that 20-point advantage throughout the second half, eventually doubling Cornell’s score as they won 75–37.

Plank had two three-point shots and Nwokeji scored in the final 20 seconds of the game, both making major contributions after coming off the bench late.

“It’s our first straight weekend in the Ivy League,” Coach Berube said after the win over the Big Red. “Were excited. Columbia is a very strong team so it will be a big challenge here and we are looking forward to this opportunity.

Coming out strong in the second half of a straight streak is a tough ask for any basketball team. Doing it against the undefeated Ivy League Columbia Lions is even tougher. The Tigers, however, made it easy, beating Columbia in a 57-39 victory on Saturday night, giving them full control of the Ivy League No. 1 spot.

Princeton was in control early on, refusing to give up their lead for all four quarters. At halftime, the Tigers led 35-16, fueled by stellar offensive performances from Julia Cunningham and Abby Meyers. The two combined for 24 points in the first half, giving the Tigers a comfortable cushion heading into intermission.

The second half was no different for the Tigers, who continued to dominate on both sides of the pitch. Not only did they move the ball more efficiently – finishing the game with 13 assists to Columbia’s five – but they also played passing lanes with great precision, finishing with 11 steals and 23 turnover points.

At the game, the athletic department also honored the 36th National Girls and Women in Sport Day. As part of the festivities, the first 100 fans to arrive received a copy of “I Can Do Anything: Stories From the First 50 Years of Women’s Athletics at Princeton”. Author Jerry Price, who is a senior communications adviser and historian for Princeton’s athletics department, was also on hand to sign the books for fans.

The Tigers remain undefeated in the Ivy League at 8-0. They will look to defend their impeccable conference record next Saturday, February 12, when they travel north to face Dartmouth (2-18, 1-7 Ivy).

Get the best of ‘the prince’ delivered straight to your inbox. Subscribe now »

Matt Drapkin is senior sportswriter for the “Prince” sports section. He can be reached at mattdrapkin@princeton.edu or on Twitter at @mattdrapkin.

Rachel Posner is a senior sports writer for the “Prince” sports section which typically covers sports reporting. She is also a Features Writer. She can be contacted at rposner@princeton.edu.